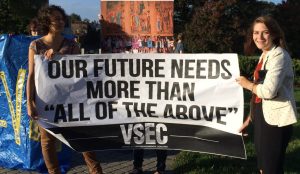 Earlier this week, Virginia Secretary of Commerce and Trade Todd Haymore published an op-ed in the Roanoke Times boasting of the Commonwealth’s achievements on energy. It was a sad reminder that Virginia has trouble moving beyond “all of the above,” a phrase that seems to have become the state motto. But then on Wednesday, the McAuliffe Administration released a cheerful new version of the Virginia Energy Plan that reads like an extended love poem to solar power.

Haymore’s column more accurately reflects this Administration’s approach to energy: a lot of fracked gas, tricked out with bright snippets of solar. But I much prefer the Energy Plan. The entire first third of it is given over to trumpeting Virginia’s progress on developing solar energy. Though the amount of solar installed to date is still tiny, Virginia solar has terrific momentum, and McAuliffe can rightly claim a share of the credit.

The Plan also touches briefly on onshore wind (thanks to a single project from Apex Clean Energy), offshore wind power (nothing to see here, folks, move along), and an array of modest-yet-promising energy efficiency initiatives.

But the Energy Plan has its darker moments, too. If McAuliffe is in love with solar, he is still married to fossil fuels. The Plan continues to promote fracked gas infrastructure like Dominion’s Atlantic Coast pipeline, and insists that flooding the Commonwealth with natural gas is the key to economic prosperity.

Natural gas sneaks into other parts of the Energy Plan as well. The section on alternative fuel vehicles shows a preference for natural gas-fueled vehicles over electric vehicles, bucking the nationwide trend toward EVs. It’s another discouraging indication of just how powerful utility giant Dominion Resources has become in Virginia. Though we think of it as an electric utility, Dominion is a much bigger player in the gas world. You can run an EV on solar, but a natural gas vehicle commits you to fracking.

Locking us into natural gas in all parts of our lives serves Dominion’s purposes very well. But for Virginia, it means considerable pain down the road. With the world finally committed to tackling global warming, our failure to cut carbon now will mean deeper cuts forced on us later.

The Energy Plan does contain a short discussion of the need to fight climate change, but it fails to acknowledge the tension between embracing gas and cutting carbon. The Plan assures us that “Regardless of the outcome of litigation involving the [EPA’s Clean Power Plan], the Governor will work to identify a path toward further reducing Virginia’s carbon emissions and shifting to greater utilization of clean energy to power the Commonwealth economy.” But no hints follow as to how McAuliffe expects to accomplish this while expanding the use of a carbon-emitting resource like natural gas.

We’ve already seen that McAuliffe is capable of holding two contradictory thoughts in his head at the same time. The Governor frequently asserts that climate change is an urgent problem, then in the same breath brags that he persuaded EPA to soften Virginia’s targets under the Clean Power Plan to make compliance easier. He repeats this claim in the Energy Plan, and seems to expect applause.

Knowledgeable observers say EPA softened some initial state targets and tightened others to make the final Clean Power Plan more legally defensible. Regardless, for a man who believes in climate change, McAuliffe’s boast is exasperating. It’s like announcing you pulled off a bank heist when the evidence points to an inside job. Well-wishers can only cringe.

McAuliffe has a little more than a year left in the single term Virginia allows its governors. Here’s hoping he uses it to commit the Commonwealth more firmly to the solar energy he so loves, along with the other essentials of the 21st century energy economy: wind power, battery storage, and energy efficiency. That should make it easier to break with natural gas. Sure, fracked gas looks cheap today, but cheap is not the stuff of legacies.

*On a purely tangential note, Haymore’s column isn’t helped by the editing habits of the Roanoke Times. Like many newspapers these days, the Roanoke Times seems to believe its readers can’t handle full paragraphs. It presents almost all of the Secretary’s short sentences as separate paragraphs, as though insisting that each one should be mulled over individually. The result puts me in mind of the slips of paper inside Chinese fortune cookies, if the fortunes had been written by guys working for energy companies. (That is not, frankly, something I would like to see.) 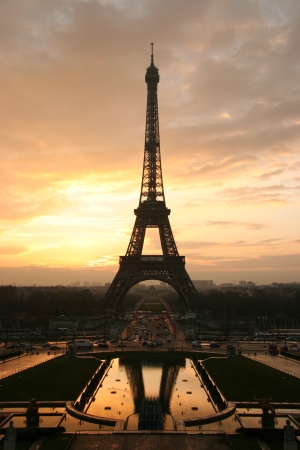 This puts Ward in something of a pickle. Meeting the climate challenge requires Virginia to commit to a future with less fossil fuel, while McAuliffe is championing Dominion Power’s plans to radically expand fossil fuel investments in the Commonwealth.

Last week the European Union joined the United States, China, India, Canada, Mexico and dozens of other countries in ratifying the Paris climate accord, putting it over the threshold needed for it to take effect. The goal of the accord is to limit the increase in world temperatures to “well below” 2 degrees Celsius, 3.6 degrees Fahrenheit, a level beyond which climate effects are projected to be catastrophic. Given mounting concerns that 2 degrees isn’t sufficiently protective, the 197 signatory nations also agreed to a stretch goal of 1.5 degrees Celsius.

The U.S. is the world’s second highest emitter of CO2 after China, and our average emissions per person are two-and-a-half times that of the Chinese. No other country has contributed more to the problem. American leadership was key to bringing other countries on board, and it will be key to implementing solutions.

A few niggling details remain, like how we are actually going to do this. The EPA’s Clean Power Plan is a first step, but its scope is narrow. It addresses only carbon emissions from electric generating plants in use as of 2012, not new sources (though states can choose to do that). It doesn’t address emissions outside the electric sector. It also doesn’t address methane emissions from natural gas infrastructure, a climate threat that seriously undercuts the climate benefit of utilities switching from coal to gas. Its goal of reducing electric-sector carbon pollution by 30% by 2030 is nowhere near what’s needed.

To meet its Paris commitment, the U.S. will have to dramatically reduce fossil fuel use in everything from electricity and heating to manufacturing and transportation. The good news is that the technologies to do this exist, and they are getting better and cheaper by the day. The bad news is that even an all-hands-on-deck approach would need time to work, and there are still way too many hands sitting idle in their bunks below deck.

Future federal regulation that goes well beyond the Clean Power Plan is inevitable. Through whatever means—a carbon tax, removal of fossil fuel subsidies, new incentives, or simple mandates—renewable energy has to take over the power sector, with fossil fuels limited to a supporting role before being phased out altogether. Building codes must be dramatically strengthened to minimize energy consumption, and transportation must be electrified so vehicles run on wind and solar, not gasoline or diesel. And all this has to happen starting now.

With the U.S. committed to this path, it makes no sense for any state to pursue a fossil fuel-heavy strategy simply because federal mandates aren’t in place yet. The ratification of the Paris accord means all new fossil fuel investments—drilling machinery, fracking wells, pipelines, generating plants—must be evaluated against the likelihood that they will have to be abandoned well before the end of their useful life.

All this could happen without violating the Clean Power Plan, if Virginia takes advantage of a loophole allowing it to exclude new gas plants from its implementation plan. Dominion’s gas plants alone would increase carbon emissions from Virginia by as much as 83%. That won’t get us to Paris.

It seems obvious that these investments would be better channeled into carbon-free renewable energy and reducing energy use through efficiency and building improvements. These are the “no regrets” investments that make sense for human health and economic development reasons anyway. With the Paris accord, the decision has gone from no-regrets to no-brainer.

But Dominion clearly thinks a pipelines-and-gas-plants approach will make more money for its shareholders. Dominion is betting that regulators will allow it to bill customers for the costs of new fossil fuel infrastructure even if it turns out that using it means paying a high carbon tax, or not using it at all. Dominion counts on the prevalence of climate doubt and magical thinking within the Virginia legislature and the staff of the SCC to muffle the wake-up call from Paris.

This is a deeply irresponsible and immoral calculus.

To date, Governor McAuliffe has backed Dominion at every turn. With only a year and a half left in his term, the “jobs governor” wants to lure businesses to Virginia quickly with the promise of cheap natural gas. It’s a strategy that might backfire in the short run, as savvy businesses go to states better preparing for life after Paris. Surely, it will backfire in the long run, when Virginia is left paying off unwanted fossil fuel infrastructure. The Paris accord marks a good point for McAuliffe to change his allegiance.

Indeed, after Paris, nothing will ever be the same. The days of natural gas as a bridge fuel are rapidly ending, and the U.S. has committed itself to breaking from its fossil fuel past. Executive Order 57 offers Virginia an opportunity to map out a carbon-free strategy. Time is short. Allons-y!