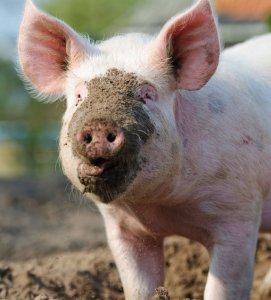 Last week I called it a pig of a bill, because calling it a dog was too nice. The SCC must agree, because they just gave us the dirt.

The State Corporation Commission just weighed in on this year’s boondoggle legislation Dominion Energy concocted with Senators Dick Saslaw and Frank Wagner, and they are not happy.

Recall that when last we looked, eleven senators had sent a letter over to the SCC asking about effects of the legislation on ratepayers. The SCC responded with the kind of alacrity we do not customarily see from them, for example when we have to wait a year to get a decision on a case, and then get an order that avoids answering the important questions. This time it appears they were just waiting for the chance to make it very, very clear, they do not like this legislation.

Here is how the SCC answered the opening question:

Q: In general, how can the likely effect of SB 966 and SB 967 on ratepayers be summarized?

A: As explained in greater detail within this document, the key impacts on ratepayers can be summarized as follows:

Answers to other questions mostly reiterate what a great deal this is for the utilities and what a terrible deal it is for ratepayers. Liberal use of underlining prevails throughout. But there is one answer I just have to reproduce here because it shows how truly ingenious the rip-off is:

Q: If customers’ refund money is reduced by distribution grid transformation and renewable generation projects (“Projects”), are the Projects considered paid in full?

A: No, under the legislation if the utility has spent money on Projects, customer refunds will be reduced by that amount and base rates will recover the same amount with interest and profit margin.

Wow, get that? Dominion can charge customers for a project in order to spend enough money that it avoids having over-earnings. Having done that, it can then charge the customers for the same project all over again, and this time add a percentage for profit and another percentage for interest.

Come on, that’s impressive. I could never have come up with anything so devious and underhanded. I can’t even follow the money. Heck, I bet there isn’t a legislator in the General Assembly who could have figured out the tricks in this legislation!

We can only assume that was exactly the point. But now that the SCC has uncovered the tricks and laid it out for all to read how extraordinarily bad this bill is for consumers, Dominion, we hear, is making some concessions. Saslaw promises a new version next week.

My advice? Read the fine print.

7 thoughts on “Think I was being harsh about the Dominion bill? Read what the SCC had to say.”