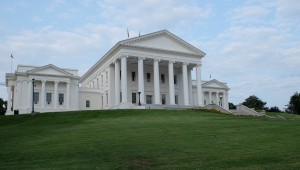 3 thoughts on “Only the good die young: A mid-way review of Virginia climate and energy bills”